It is with great sadness that we note the passing of Michael Spock, Boston Children’s Museum’s director from 1962 -1985. With great gusto, Mike transformed children’s museums and influenced the whole museum world by placing the visitor at the core of the museum experience. He famously said children’s museums are not about something but for someone – the children. We will always remember his creativity, ingenuity, openness to new ideas, persistence, generosity, and kindness. He gave a gift to children and families for untold generations.
Michael Spock
(From Play and Playground Encyclopedia)

Michael Spock began his career as the Director of the Boston Children's Museum in 1962. His unconventional educational background led him to approach revitalizing the Museum with an experiential and informal platform. He began with a What's Inside? exhibit where children could see and explore the insides of ordinary objects, such as a toaster, baseball, or a drop of rainwater. At that time non-directive, open-ended exploratory exhibits were not common. That exhibit lasted five years and led the national transition to hands-on children's museums across America.

Michael, the son of Dr. Benjamin Spock, was dyslexic and became “the kind of learner who enjoys real stuff and three-dimensional ways of communicating information.” He eventually earned a college degree from Antioch College in Yellow Springs, Ohio, and completed one year at Harvard Graduate School of Education. To support his young family, Michael had co-founded Spock Art and was designing exhibits for the Dayton Museum of Natural History. He was deciding if he should continue at Harvard when he learned of the opening for Director of the Boston Children's Museum.

At that point the Boston Children's Museum, which was nearing 50 years old, was at a crossroads. The younger board members were committed to educational reforms and were searching for a way to expand into an experimental approach in the museum. The Board took a chance on Michael's “avant-garde style” and he went to work translating his vision into plans and programs.

Believing that “children get enough instruction in school,” Michael's vision was that “meaningful interactions with real objects, direct engagement and enjoyment” was the best way to promote learning in a museum. The What's Inside? exhibit began with simple items and grew to include a cross-section of a Victorian house as well as a cross-section of a city street, which allowed children to crawl above and below the street through manholes and sewer pipes. Other innovations that Michael employed were creating exhibits for children under the age of five, scaling exhibits to children's heights and capacities, including all the senses for exploring, allowing open-ended play, and extending the learning through books, films, games, and toys for the classroom and the home. 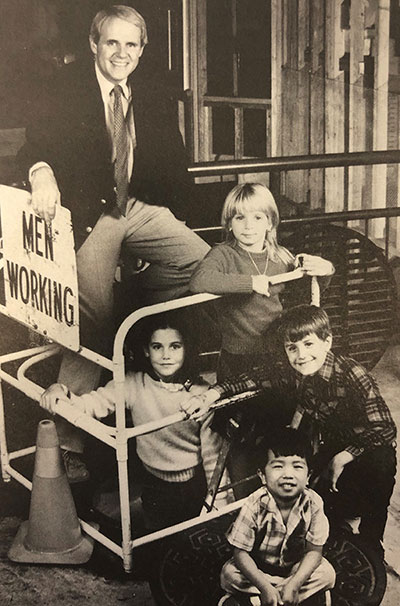 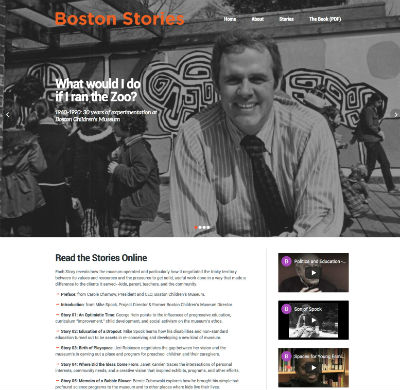